Live from the eye of the storm (Negative Branch Reservations)

A Lesson on Theory of Constraints Negative Branch Reservations (NBR)

“Now let’s go live to Suzy who is reporting live from the level 5 hurricane… Suzy, how is it out there?” 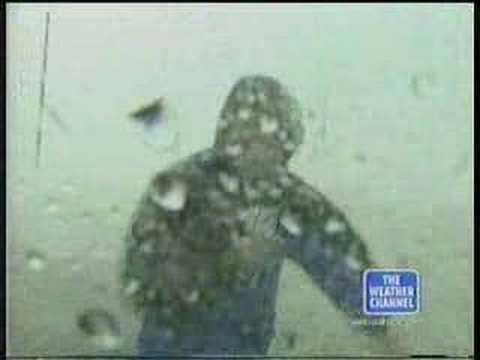 “Well Bob, I can barely stand up as I’m getting pelted with hail in 70 mile per hour winds.  I hope you can hear me because I can’t see the camera man 2 feet in front of me.  Things are pretty crazy out here; the entire area has been evacuated.  I expect to be completely blown off my feet any minute, so back to you Bob.” 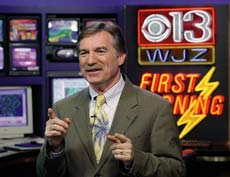 “Thanks Suzy, stay safe out there.  Now, in other news …”
Have you ever noticed that every network that reports the weather also reports it “live from the eye of the storm”?  I have even seen this live reporting watching the news in China and Thailand too.  I did not understand a thing during the news, except when they were reporting “live from the eye of the storm”.
I said to Brad – hey look they’re reporting “live from the eye of the storm” here too.  We mused over the way the warm dry newscaster interacts with the reporter that puts their life in danger.
Well, the week before last I finally heard about a limitation to this kind of live reporting.  Evidently it’s nuclear radiation.  Many stations told their reporters to stay at least 50 miles away from the troubled nuclear reactors in Japan.  I was relieved.
But before they decided to pull back, reporters were right in the thick of things.  It seems to me that if nuclear radiation is where you draw the line, you would know that right from the start.  (NOTE:  they may have had a trigger for pulling the reporters back, I don’t know.  It just didn’t seem that way.)
Deciding after the fact can be problematic.  You might try to stick with the current approach, policy or plan for too long.  But, if you know what would cause a change of plan, you’ll identify the need for the change and then change faster.
Now I realize that you can’t predict everything, but many things can be predicted.  For example, what will you do, how will you handle these situations in your business:
What is your list?  You don’t have to get crazy, the first 3 I listed above, I hope, are very unlikely to happen to you.  The remaining items, though, may be more probable since they are negatives due to success.  So what things are most likely to happen at some point?  Then starting with the highest probability one, how could you prevent or best deal with each?
By doing this exercise, you will be improving your systems and processes to protect against any negatives from success and from stagnation.  This will make your company more viable and more able to handle growth.

In Theory of Constraints (TOC) this is called coming up with your Negative Branch Reservations.  We like to do this NBR analysis whenever we’re going to make a change/improvement.  But most of us don’t take the time to do this.  In particular, I very rarely see that clients have prepared for their negative branches to SUCCESS.  So basically I’m suggesting you do this now.
For example , if you don’t know what your trigger is for shortening your buffer, it may not get shortened (or shortened fast enough) and your continuous improvement may be stalled.  But if instead you include in your SOP that when we’ve had 1 month of 1% or less stuff going into the red zone we are going to shorten our buffer — now you know, and chances are it will get done and done quickly.  (something we do in the Velocity Scheduling System Coaching Program — scheduling for custom job shop)
I’m just suggesting a little preparation instead of waiting until the reporter’s hair is falling out and deciding that you should have pulled out sooner (not that that happened).
How many people do you know that did not react fast enough in the 2008-2009 down turn?  How many of those did not live to fight another day?  What are YOU doing to make your company more viable to ensure you can take market share during the next downturn?
Remember — hope is not a strategy.
Let me know what you think, by leaving a comment on this post.
Wishing you success.,
Dr Lisa
President, Science of Business